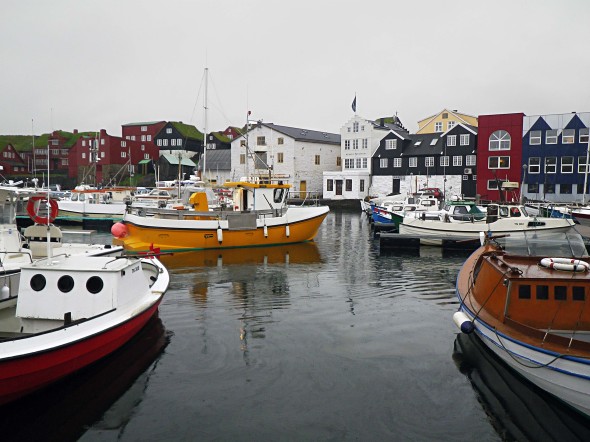 Båthavna i Torshavn Juni 2011. De røde bygningene i bakgrunnen til venstre er tinghuset, færøyenes storting. The harbor of Torshavn in June 2011.Torshavn is the capital of the Faroe Islands. The red buildings to the left in the background is the Faroese parliament.

This entry was posted on January 9, 2012 by reisaren. It was filed under Uncategorized and was tagged with faroe islands, torshavn.